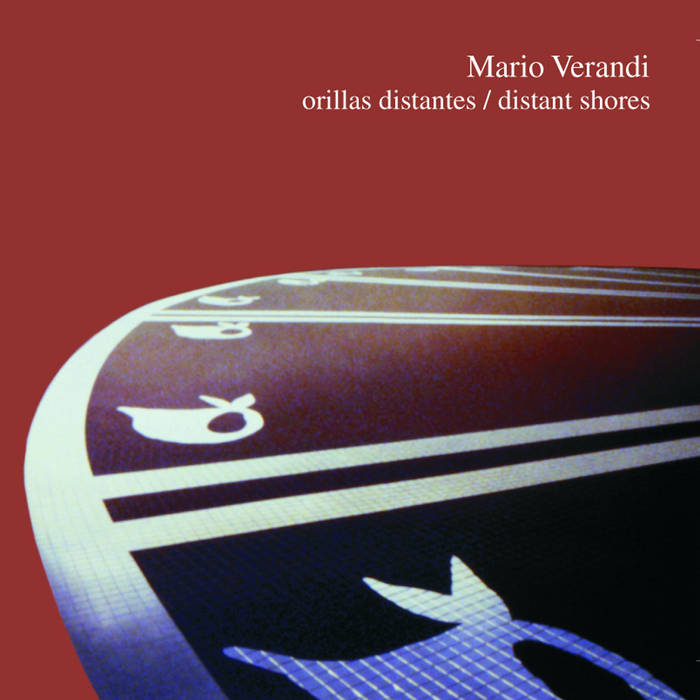 “Mario Verandi’s music goes beyond music. It’s electronic. It’s also theater, dance, sound art, film, radio. In fact, Verandi has such a strong sense of dramatic personality, and his music is so evocative, that you’ll find yourself in a musical theater. You’ll hear percussion instruments from Brazil. You’ll hear the sounds of Barcelona, with its street bustle, guitars, and rhythms, in your living room. He evokes a kind of flamenco that you’ll rarely hear, with suggestions of guitars, the dancing and tapping of many shoes, the chanting and singing … and uses it to set his musical stage for Lorca’s ‘Blood Wedding’. And there’s a playful side to his music as he plays with the sounds of paper and cloth, glass, leaves, plastic bottles. All the world’s his stage.” EMF Media (Electronic Music Foundation), New York, 2001.
Review Computer Music Journal, Winter 2005 Vol.29 MIT Press Journal:
marioverandi.de/wp-content/uploads/2016/12/CMJ-reviewDistantShores.pdf

more information about each track on www.marioverandi.de

--- Please be aware that Bandcamp takes 15% commission for digital items and 10% for physical items (see bandcamp.com/pricing). Keep this in mind to do what you can to support artists. Thank you ---

Bandcamp Daily  your guide to the world of Bandcamp